The Undesirables: Occupation of Space as Resistance

“The colonial world,” Frantz Fanon wrote in Les Damnés de la Terre, “is a world divided into compartments … a world cut in two.” Mapping the geographic rationality of colonial domination allows us, Fanon insists, to “mark out the lines on which a decolonized society will be organized.”

The muses of The Undesirables photographed on the beaches in Ipanema, are not victims of a society in decay, but rather modern-day insurgents of a racist political system established in colonial times to divide territories and control undesirable populations.

Milton Santos describes this concept, in his “geography of inequality.” “The definition of territory is political” and cities contain “spaces that command and spaces that obey, generated by the permanent clash between the dialectical pair, abundance-scarcity”

By daring to occupy the “sacred” beaches of Ipanema instead of their designated spaces of poverty, these children are resisting the geographic fault lines which define their existence and fundamentally, a threat to the status quo.

“… the danger of these children is their potential” Vera Malaguti Batista

The Undesirables  is a multimedia project about children living in a sewer on Ipanema Beach (2005-2011). It was a feature exhibit at the Contact Photography Festival in Toronto, Canada ( 2011). 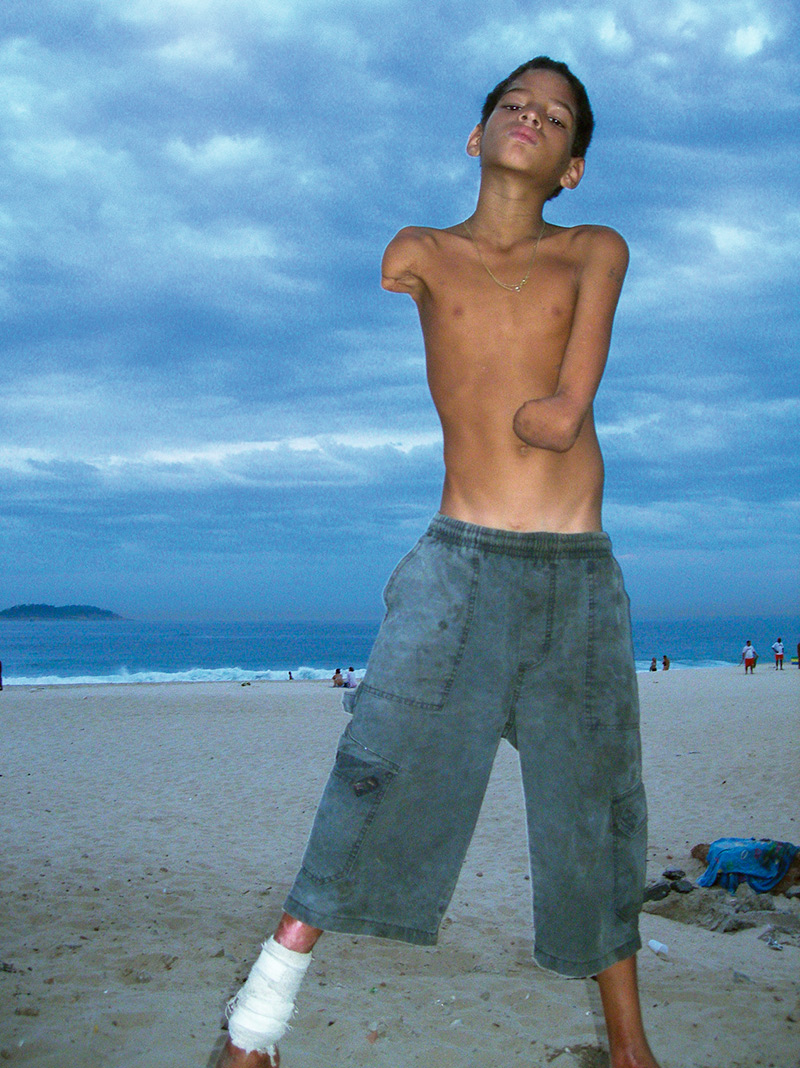